Budget 2019: Five challenges that Modi government must address on July 5 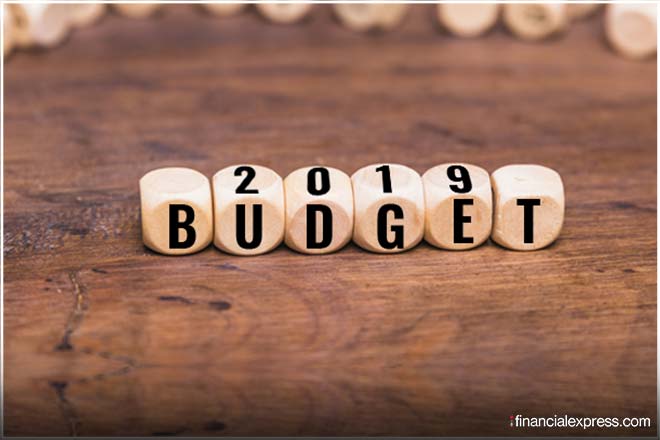 Budget 2019-20: In its second term after a historic mandate, the Modi government must introduce key reforms to address the high unemployment in the country. While creating political consensus around key reforms is easier in the initial years of a government’s term due to the goodwill it commands, all parties must realising that good economics makes good politics, regardless of political postures.

Trade: The share of trade in India’s GDP has fallen sharply this decade. Many in India don’t believe that international trade can spur large-scale job creation. As a matter of fact, unrealistically high import tariffs, intended at protectionism of domestic industry, promote poorer local products, leading to import-substitution. If one looks at the entire value-chain of manufacturing, it adversely affects large-scale exports of superior and yet better-priced products from India to other nations.

Labour laws: The poor pace of our notoriously rigid labour reforms has surely dampened investments in India—both from overseas and domestic sources. The Industrial Disputes Act of 1947 is a big roadblock to closure of an industrial unit and lay-off of workers when a business wishes to make an exit. Small Factories (Regulation of Employment and Conditions of Services) Bill, under which, factories with a labour-force of 40 workers or less were to be brought under a simpler regulatory regime with a waiver on applicability of 14 federal labour laws, has been a non-starter. This idea needs to be revived (with an increased labour threshold) and tracked to closure.

Land acquisition: After the Right to Fair Compensation and Transparency in Land Acquisition, Rehabilitation and Resettlement Act of 2013, land acquisition has become a big stumbling block for large investors, especially the overseas ones. Projects which are supposed to propel the economy and create jobs get stuck during the land acquisition stage itself. The cost of land being acquired has shot up substantially as farmers and landowners now get up to four and two times the market value of rural and urban land, respectively. Political compulsions on the subject notwithstanding, the requirements of social impact assessment and consent of 70% to 80% of landowners before acquisition need to be diluted.

The government must also leverage its inventories of unused land parcels monopolised by PSUs and other government entities, and selectively offer it, on merit, to large overseas investors having key economic significance.

Public sector banks: Public-sector banks account for more than two-thirds of banking operations in India, but their stressed balance sheets and large-scale Non-Performing Assets (NPAs) have created serious concerns about their health and, therefore, the availability of funds to be extended as credit. Consolidation of public sector banks and disinvestment leading to reduction of government stake are required. The idea to create a holding company for public sector banks also needs to be revived. These steps would infuse much-required capital on a large scale.

Capacity-building in the banks’ internal credit appraisal and risk management is much required. Public sector bank recruitment reforms and performance-linked compensation structure are also quite necessary to attract and retain the right talent, especially in senior positions. Appointment of experts as non-executive and part-time directors on the Boards of banks is essential to keep the banks away from political and bureaucratic pressures, and improve the quality of board governance. These steps would improve the health of the banking sector and allow enhanced availability of credit, boosting investments and leading to large-scale generation of jobs.

FDI: FDI inflow is a significant debt-free financial resource for a nation’s development. FDI inflow in India increased by 6% in 2018 to $42 billion, as the country was ranked amongst the to-20 worldwide in in FDI inflows in absolute terms. Despite multiple revisions in FDI cap in recent years, there is still scope for upward revision—up to 51%—under automatic route, in defence, insurance and pension, to boost formal-sector employment through overseas investments.

Most economic reforms lead to rationalisation, enhancements and improvements in parameters which increase investment attractiveness and/or ease of doing business. Reforms improve the overall ecosystem and result in the creation of more jobs, after accounting for some gestation period. The five reforms included here would have a definitive impact on proliferation of jobs in our economy. 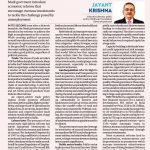