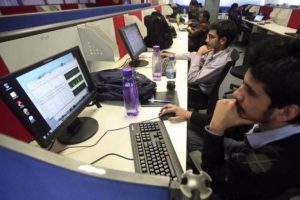 Wadhwani Foundation was set up in 2000 by Romesh Wadhwani—the Silicon Valley entrepreneur and philanthropist—with the mission of accelerating economic development in emerging economies through large-scale job creation. The foundation is present in developing countries in South and Southeast Asia, Africa and Latin America, operating in association with governments, corporates and educational institutes. In India, the foundation runs high-impact skilling, entrepreneurship and innovation-focused initiatives, which, it claims, will lead to creation and fulfilment of 25 million jobs by 2020. Recently, it partnered with the ministry of skill development and entrepreneurship (MSDE) to monitor the effectiveness of the Pradhan Mantri YUVA (Yuva Udyamita Vikas Abhiyan) Yojana.

Ajay Kela, the president & CEO of Wadhwani Foundation, shares with FE’s Vikram Chaudhary how the foundation will continue working with the government and which are the biggest hurdles that the Indian entrepreneur faces today. Excerpts:

What are your views on the Pradhan Mantri YUVA initiative?

YUVA is a scheme by MSDE. One of its objectives is to formally teach how to be an entrepreneur and how to run a business. We have partnered with MSDE and will monitor the effectiveness of the scheme. I think YUVA is the need of the hour. We need to create high-value jobs. The youth needs jobs that can support a family of four. When I talk about creating high-value jobs, I mean the kind of employment Silicon Valley companies create. We cannot just rely on corporates such as Tatas, Birlas and Ambanis to create jobs—in fact, 20% of the all the jobs created in an economy come from start-ups and small businesses. So, the creation of high-value companies becomes critical, and you need to target the brightest in the colleges to create that. The YUVA initiative is rightfully targeting college kids.

But schools and colleges can also teach entrepreneurship…

As of now, there aren’t many colleges in the country that offer entrepreneurship programmes. Moreover, of the hundreds you train, only 2-3 will become successful entrepreneurs. YUVA is targeting 3,000 colleges.

What’s the synergy between YUVA and Wadhwani Foundation?

At Wadhwani Foundation, we have an initiative called the National Entrepreneurship Network (NEN) that was launched in 2003. NEN inspires, educates, skills and supports student entrepreneurs, start-ups and SMEs for creating high-value jobs. NEN has also ventured into creating city-based entrepreneurial ecosystems consisting of mentors, investors and incubators supporting start-ups and SMEs. However, while we are doing our bit for several years, no matter how much effort we put in, it’s not going to be enough for a scale as large as India’s. In that context, YUVA is phenomenal and has come at the right time.

What are these city-based entrepreneurial ecosystems?

We are building city-based mentor and investor networks. In a mentor network, we choose mentors and train them. Many of them are successful entrepreneurs already, and others are businesspeople. The investor network is where we train people to become angel investors.

In which all cities have you created these networks?

Our focus is tier-2 cities—we have started with Indore, Raipur and Jaipur. Our goal is to create 15 such city-based networks.

Will these be on a local scale?

Indore, Raipur and Jaipur have no reason not to become cities as vibrant as, say, Bengaluru, which today has a vibrant start-up ecosystem. Of course, it will not happen in a year’s journey; it’s a five-year plan. Also, if you look in the US, there is the Silicon Valley for entrepreneurial ecosystem, but then there are other cities such as Austin, Texas, with a vibrant start-up ecosystem.

The population of India, over two decades, is going to touch 150 crore. The rural youth has seen the world through the internet. Their aspiration is not to stay back. They are going to migrate to cities. Urbanisation will increase, and we need to make sure there are enough jobs

Today, which are the biggest hurdles that an entrepreneur faces?

Being an entrepreneur is like being an Olympian—you have to eliminate as many hindrances as you can on the way to success. The biggest obstacle the Indian entrepreneur faces today is that government policies are not very supportive. The good thing, however, is that the current government is taking steps for promoting entrepreneurship. Second, the mindset of the society. I would say that parents are a huge obstacle. Giving their children good education and then a well-paying job is high on their priority. In addition, the potential father-in-law is a significant hindrance. He doesn’t want to marry his daughter to someone whose future doesn’t appear secure, or who takes entrepreneurial risks.

However, in many ways, things are changing. When we started this journey 10 years ago, we went to IITs because we wanted the best and the brightest to be entrepreneurs. That time we were told that there are a bunch of students who didn’t get placed and so we should provide entrepreneurship training to them—to the five pointers. However, we said we want 8 and 9 and 10 pointers. Today, the first choice of many IITians is to start a company or be a part of a start-up.

The third hindrance is access to capital. That’s why we need a flourishing angel investor network in the country. The first stage when you need capital is when you start the company. You need capital at the VC stage, and today in India there are less than 10 VCs. Here, the Rs 10,000-crore Fund of Funds for start-ups will be a huge support. The fourth is the mindset of the entrepreneur, as they are not living in an entrepreneurial culture. It is our responsibility to create the same.

It’s the normal start-up ecosystem cycle. If you look at Silicon Valley, it has gone through enough bubbles and bursts. Silicon Valley went through the same thing India is going through now. It’s a natural part of the process. When entrepreneurs see something exciting, everybody enters the space. For example, many start-ups entering food-tech space. Soon, they realise that the market is big enough only for 3-4 players. Hence, it is necessary for bubbles to burst so that start-ups with accurate models grow.