The Wadhwani Foundation plans to create infrastructure for startups to receive mentorship, ideas and support in a move aimed at high-impact, large-scale initiatives focused on job creation. It will work on roping in high networth individuals to become angel investors to increase the pool of capital that is available, taking it beyond just the tech sector. The foundation has already pledged $100 million to help create 25 million jobs by 2020 with assistance from government and industry. 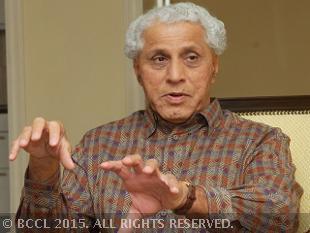 “Our mission over the next five years is to be a partner in helping to create 25 million new jobs, particularly quality jobs,” said Romesh Wadhwani, founding chairman and CEO of Symphony Technology Group. Quality jobs are those “that pay at least Rs 15,000 per month, either full time or nearly full time,” he said.

Wadhwani is a member of the Giving Pledge, a commitment by the world’s wealthiest individuals and families to dedicate the majority of their wealth to philanthropy. The foundation was started in 2000 with Wadhwani pledging an endowment of $1 billion.

Startups need a great deal of support if they are to grow, he said. To this end, the foundation is expanding the National Entrepreneurship Network (NEN), which was started 12 years ago to encourage entrepreneurs in hundreds of colleges across India with the idea that they would start companies of their own, creating jobs.

“We are continuing to accelerate that initiative and increase the number of schools and colleges from 500 to 3,000 colleges over the next five years,” Wadhwani said. Another initiative is aimed at helping existing small businesses or startups to grow faster and add new jobs.

Wadhwani said the government’s Make in India plan reflects Prime Minister Narendra Modi’s vision—to establish the country’s brand as a centre of excellence in making things. It will also help accelerate economic development and job creation through manufacturing, he said

He pointed out that, for instance, there had been little intellectual property development in India despite being home to large IT companies such as TCS, Infosys and Wipro. India could become a leader “in developing complex systems for defence, railways, energy or other industrial sectors, which combine hardware and software,” he said. Such a strategy would help use the country’s software prowess to bolster its weak hardware capability.