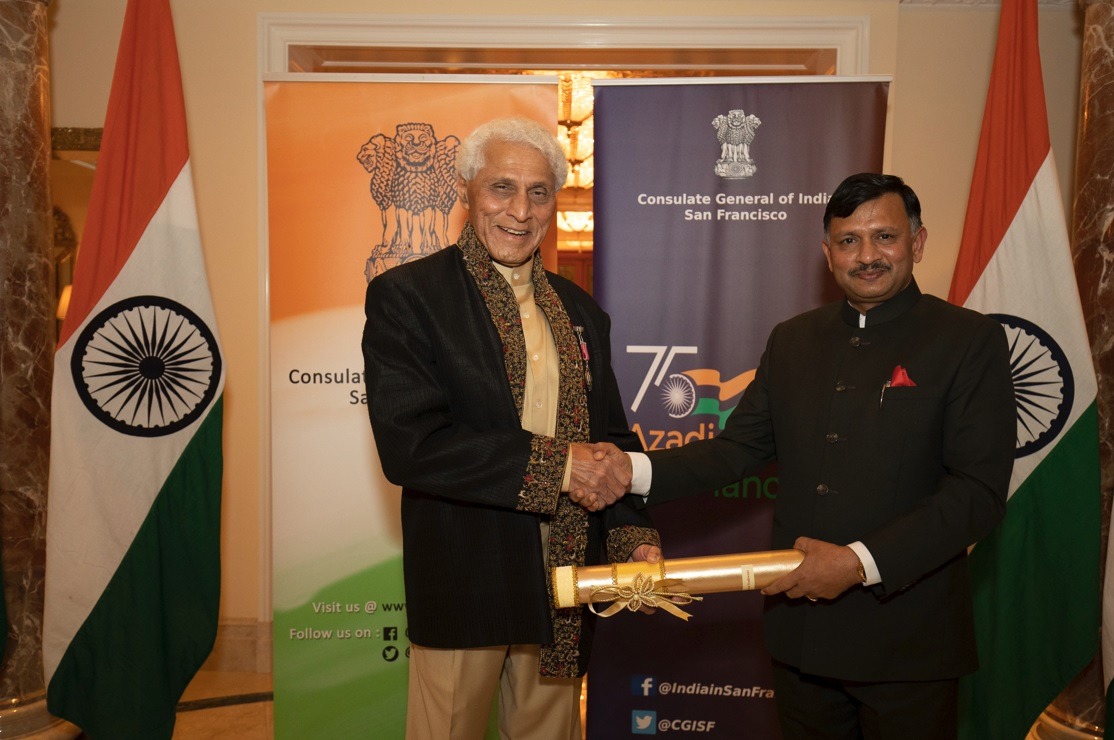 Dr. Romesh Wadhwani was awarded Padma Shri Award by the Government of India in the year 2020 in recognition of his services through Wadhwani Foundation which has been active in promoting policies to accelerate economic development in emerging economies through large scale job creation.  The Foundation is active in not only in India but several other countries. Besides being a successful tech entrepreneur, he led several novel initiatives such as National Entrepreneurship Network (NEN), Startup and Small Business Initiative (SSBI), Global Innovation Network (GIN) etc.

The award is presented by the Hon’ble President of India at Rashtrapati Bhavan. Due to the restrictions on travel and covid situation, Dr. Wadhwani desired his award to be presented to him through the Consulate General of India in San Francisco.  Consul General had said that he was honored to present the award on behalf of the Government of India to Dr. Wadhwani who has established himself as a successful entrepreneur and an impactful philanthropist.

The award ceremony was attended by Mr. Shantanu Narayen, Chairman and Chief Executive Officer of Adobe who was also awarded Padma Shri in the year 2019 and several other Tech Leaders and Venture Capitalists of Bay Area.