Speed hatching India Inc 2.0: What we can learn from Israel, the world’s most successful ‘startup countries’ – The Financial Express Article by Kushal Sagar Prakash, Analyst, PRN

The Technology Business Incubator scheme of the Department of Science & Technology aims at ‘incubating’ knowledge-based start-ups into sustainable businesses.

In the 1990s, Israel faced a serious challenge. An influx of over a million ex-Soviet Jewish immigrants needed to be provided for, in rough economic times. The government of Israel launched the Technology Business Incubator Program. The goal was to arm the immigrants (who were mostly educated) with knowledge and access to funding to become successful entrepreneurs. The two-year incubation programme set Israel on course to become one of the world’s most successful ‘start-up countries’. 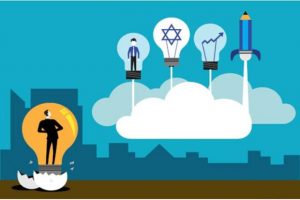 This was not just a happy accident. Research has underscored the potential of incubators to galvanise the economy. They help significantly reduce start-up mortality, arming start-up enthusiasts with resources, business support services and critical linkages, and even leverage job creation. For example, in the European Union, for every one incubator company job, an extra 0.4 jobs were seen to be created indirectly via local supply chains linked to the incubator. In addition, a further 1.5 jobs were seen to be set up in local and regional communities resulting from additional spending on local goods and services by people recruited in the incubator companies.

India is no different

The Technology Business Incubator scheme of the Department of Science & Technology aims at ‘incubating’ knowledge-based start-ups into sustainable businesses. The result: Over 28,000 new jobs by 2013 through more than 900 start-ups turning into companies, and another 1,600 such start-ups in various stages of incubation. And their aggregate turnover was close to Rs 4,000 crore.

Academic institutions like government-run IIM Ahmedabad and IIT Bombay, or private ones such as BITS Pilani (which incubated RedBus) and Amity, play a significant role here. There are non-academic players too, including the Department of Science & Technology’s Delhi-based IAN Incubator, Kochi-based Startup Village with Kris Gopalakrishnan of Infosys as the chief mentor, and Chennai’s social enterprise focused Villgro.

However, India needs far more than this. According to the list of recognised incubators that the government has released recently, India has only about 268 incubators (most of them set up by the Department of Science & Technology or the ministry of HRD) compared to around 1,500 and 2,000 incubators in the US and China, respectively. In addition, what often counts as an incubator in India is a real estate business providing office space on rental, with little or no business support services, not to speak of financial assistance.

Creating incubators at India-scale isn’t easy. The government’s thrust on the Start-up Action Plan by creating a network of incubators is hardly premature. The Start-up Action Plan entrusts the NITI Aayog’s Atal Innovation Mission (AIM) to create 100 sector-specific incubators during 2016-17. The NITI Aayog is also providing funding support of 50%, up to Rs 10 crore over five years, to each of these Atal Incubation Centres. The number of applications has reportedly topped 3,000.

Ensuring quality is harder still. The Action Plan’s annual Grand Incubator Challenge will identify top-10 incubators and make them world-class through a financial assistance of Rs 10 crore per incubator, using them as reference models for others.

Clearly, in itself, this is a drop in the ocean for helping unleash the next generation entrepreneur power pan-India. Private players need to follow the lead big time. The Action Plan hopes to attain this through tax exemptions on the capital investments of incubators in start-ups.

On the policy side, team India seems to be taking the cue quite well. All of 15 states with their start-up policies till date talk about incubators, and most with targets for the number of incubators and start-ups to be spawned. So while Kerala and Andhra Pradesh aim at attracting investments for incubation, Karnataka has even spelt out the goals for the resulting number of direct and indirect jobs that will be created.

It takes a village to raise a child. Incubators provide a safe haven for entrepreneurs to toy with their ideas, avoid the most predictable traps and hatch their fledgeling start-ups. But they, in turn, need an entire ecosystem—of mentors, investors, financiers, and more—to be effective. Protecting the chick and teaching it to fly often requires yet another enabler—the accelerator. All incubators dream of emulating Silicon Valley’s iconic Y Combinator, hatching unicorns by the dozen. India’s economic future, however, needs a thousand SMEs to bloom, not just a few rock-stars to dazzle. We need to spread the dream. Wide. Fast.