A Big Agenda for Small Business

In the middle of a global pandemic, India is drawing record levels of foreign direct investment (FDI). While laudable, India’s FDI levels still lag the high-water marks of other developing economies such as China, Brazil, and Russia. One critical factor to attract major investments from the largest multinationals is to have a “plug & play ecosystem” of their trusted global suppliers. These smaller firms require are more risk-averse than their larger partners, and more sensitive to issues like infrastructure quality. To attract investments from these crucial suppliers, India’s reform agenda must adapt to accommodate their specific business needs—which often differ from larger firms.

Over the last six years, India has improved its ranking in the World Bank “Doing Business” index from 142nd place in 2014 up to 63d place in 2020. While the Doing Business index is the best tool of its type, it is imperfect. Even in some areas where India has improved, the specific measurement parameters used by the World Bank hide imperfections. For instance, while getting an electric power connection is easier in Delhi and Mumbai (the two cities studied for the report), across India- power outages and uneven voltage are endemic, hampering businesses that cannot afford backup generation. In trading across borders, India has taken steps to facilitate goods trade such as allowing electronic submission of files. But the government regularly increases customs duties and expand local production rules—steps that are not a part of the Doing Business design.

Much of the unfinished reform agenda are the items of particular importance to smaller businesses. Large firms can deploy resources and wait for projects to gestate if procedural delays come up. For smaller firms, contract enforcement is the most important security tool. The ease of establishing a new entity can be a make-or-break exercise. And access to quality inputs like water, electric power, and sanitation are crucial, as these smaller firms are less likely to have the capital to invest in proprietary systems. 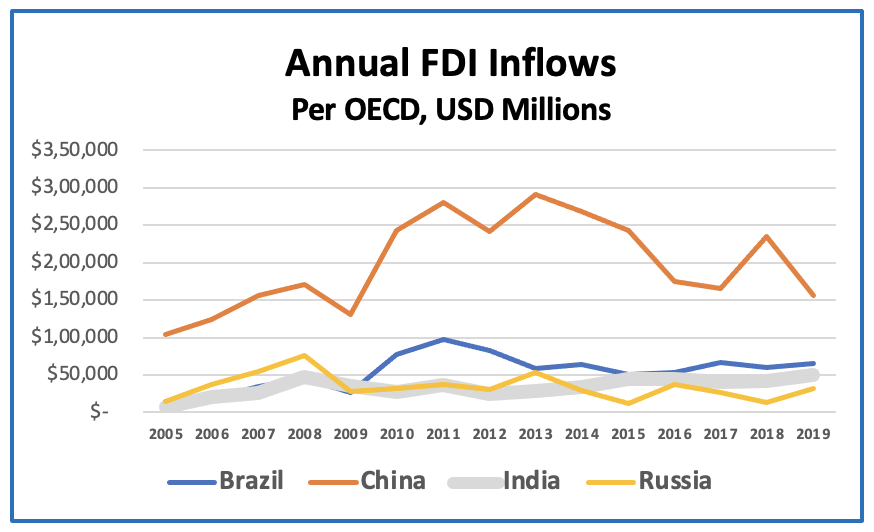 India’s trade policy has been slow to adapt to the requirements of suppliers. Low trade barriers are critical to move input goods into a market for production. A recent report on “Drivers and Benefits of Enhancing Participation in Global Value Chains” directly links tariffs with global supply chain linkages. Here, India is actually withdrawing from the world somewhat. Due to high trade deficits, India has been steadily re-establishing higher customs duties on dozens of product lines annually, including in the February 1, 2021 Union Budget. While these new taxes on foreign-made products could offer short-term relief to local manufacturers, it could become quite short-sighted if these moves deter investors from placing global production in India.

India has certainly achieved notable success in attracting foreign direct investment. Just counting new equity, India has attracted nearly $63 billion in the 12 months up to November 2020. This is the first time in the nation’s history that FDI has crossed $60 billion in a 12-month period. But this topline number hides two facts. First, a sizeable portion of these inflows is linked to a single company, Reliance Jio, which has secured over $14 bn in foreign investment in the last year. While the RBI does not release how much of the $63 billion is attributed to the investments in Jio, the link is quite clear. And second, this total is behind the recent high-water marks of other emerging markets. China has averaged $200 billion annual FDI for the last fifteen years. Brazil crossed the $60 billion mark six times in this period. Russia hit $76 billion in 2008.

The agenda to attract a larger pool of global suppliers does not entirely lie with New Delhi. Many of the required reforms to help smaller firms start and operate successfully lie with India’s twenty-eight states. For instance, states have primary control over factors like electric power, water, sanitation, and most business permits. To become a global supply chain hub, India’s states must play a powerful role. The Central government is trying to prod states into action. After a 3-year gap, India has issued a new set of states’ business rankings under the “Business Reforms Action Plan.” Additionally, the central government has started to link these state-level business reforms to a state’s ability to increase their local borrowing limits. India’s ability to take advantage of current shifts in global value chains away from China will require coordinated action between New Delhi and progressive state leaders in this fashion.

India’s desire to attract a wide array of global manufacturers is shared by many competing markets like Vietnam, Malaysia, Indonesia, among others. Attracting big investments is conceptually easier to understand when it is in terms of an automobile production facility, consumer durables factory, or food production plant. But smaller suppliers are the crucial underbelly to supply chains. India’s ability to attract investment from these risk-averse firms with less capital will cement India’s place as a global manufacturing superpower. The reform agenda for these firms is somewhat different than for larger firms—but well worth undertaking. 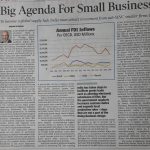