The Wadhwani Foundation is a non-profit organization established by Silicon Valley billionaire, Dr. Ramesh Wadhwani. Their initiative National Entrepreneurship Network (NEN) was launched in 2003 with the purpose of accelerating economic development in India. NEN is currently the largest entrepreneurial community in India and reaches beyond cities to educate aspiring entrepreneurs. 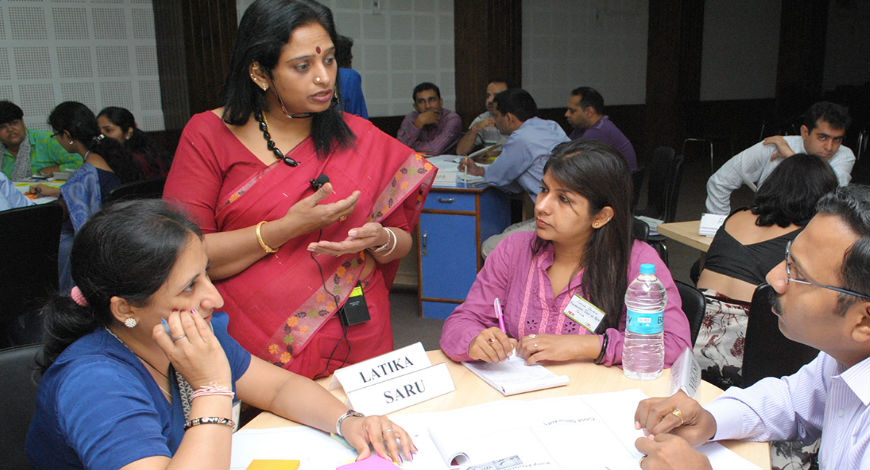 Kshitij Kumar, CEO – Del Medix and pursuing B. Tech in Electronics and Communication Engineering at Vellore Institute of Technology: “I define NEN in two words -Guiding Light. If you are a student entrepreneur, you always will need moral support on how do you do things. You will have a lot of questions, the answer to all which are there with NEN. So from the very inception of an idea to its logical conclusion, you need that guiding light and I think NEN does that”.

Pranav Panpalia, Founder – Workly and till recently a student of BMS-Finance and a E-Cell member at Jai Hind College, Mumbai: “NEN helped me transform from a student to an entrepreneur. It gave me a chance to experience entrepreneurship real-time, took me beyond bookish knowledge and taught me the nitty-gritty of entrepreneurship”.

Dr. Ajay Kela, CEO of Wadhwani Foundation says it’s important to educate and empower those who want to become entrepreneurs because the small businesses they will start are likely to be the key to increasing jobs in India and growing the economy to be on par with international markets.

The NEN is all about creating more job through entrepreneurship. Why is it so important for India to create more jobs, faster?

Because there currently is a giant disconnect between GDP and job growth. This could possible mean the rich are getting richer while the unemployed are increasing exponentially, and that will lead to a host of issues like poverty increase and a nation dependent on government doles. India’s cumulative GDP growth in the 2005- 2012 period was a remarkable 54%. During that same period, India’s net new cumulative job growth was only 3% or 15 million net new jobs, a little over 2.0 million per year. This is an extraordinary disconnect, especially since the workforce was growing by 6-7 million job-seekers annually and an economy apparently on the upswing not being able to generate enough new jobs.

Why do you think there is such a gap between jobs created and GDP growth?

The economic policy in recent decades has centered around achieving GDP growth and there has been little to no policy focus on aligning GDP growth to Job Growth. The impact on high-quality job creation, therefore, has been abysmal. While burdensome labor laws have kept formal employment low, infrastructure issues and perverse duty structures have made manufacturing uncompetitive in the country.

The services sector growth has been haphazard, and not as a result of any conscious policy. Consequently, while output has grown on the back of demand growth, long term development of human capital has lagged behind, depriving Indian industry its due place in the global economy. Perverse incentives have held back the growth of the SME sector which in most countries generates the lion’s share of jobs.

How does entrepreneurship become the magic key of India’s job growth?

Every country has found that the best way to create jobs is to create entrepreneurs who will start and grow companies. High-potential entrepreneurship that drives jobs at scale is borne out of a culture of innovation and risk-taking. The good news is that there has been a drastic change in that especially with the best brains from prestigious institutes in India choosing entrepreneurship and joining startups over the conventional and lucrative desk jobs. In 2015, 5,000 new startups emerged and collectively created ~80,000 jobs.

How does the Udyamita project help?

MoU signed by Ministry of Skill Development and Entrepreneurship (MSDE), Wadhwani Foundation and NSDC was approved by the Union Cabinet in April 2016. Key areas of collaboration include creating specific programs on entrepreneurship education & training within our college systems, connecting student entrepreneurs to a network of local mentors, investors and incubators, and supporting policies for both entrepreneurship and skilling.

Wadhwani Foundation’s funding will be utilized on initiatives relating to program design, institute design, curriculum design and development, faculty development, etc. MSDE will fund operational costs of running the program through the Institutes with funding going directly to the Institutes.

In short, by leveraging technology and building networks. NEN will produce blended MOOCs for both classroom and practical training courses on entrepreneurship, delivered directly to the students, facilitated by an entrepreneur faculty.

In India, the Wadhwani Foundation is partnering with State and Central Government to create at least 50-100 vibrant entrepreneurial ecosystems in the country.

With a proven model in India, Wadhwani Foundation plans to expand to 10-15 other countries in Asia, Africa and South America by 2020.