Steps to Address the Skills Gap in India

Expert View: Rajeev Banduni, CEO, GrowthEnabler talks about his views on skilling and the way forward. 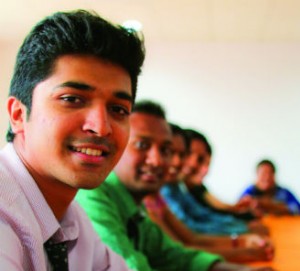 Skills Gap in India: If you look at the world and compare the skilled workforce, China, at a population of 1.4 billion people, would have Skills Gap in Indiaaround 45 per cent of people who are skilled. UK would have around 68 to 70 per cent skilled people, Japan at about 80 per cent, Germany 74 per cent, Korea 96 per cent and India is just at two per cent!” – Minister of State for Skill Development and Entrepreneurship (Independent Charge) Rajiv Pratap Rudy.

India is poised to become the world’s youngest country by 2020, with an average age of 29 years, and account for around 28% of the world’s workforce. In comparison, during the same period, the average age is expected to be 37 years in China and the US and 45 years in Western Europe. Currently however, over 90% of about 500 million Indian labor force work in unincorporated, unorganized enterprises gaining traditional knowledge on the job. Lack of formal vocational education for large segments of this population leads to poor working conditions and low income levels. As such, skill development and utilization of skilled workforce is a major area of concern.

There are no easy solutions to solving the dual challenge of developing skills and utilizing them in a proper way effectively.

Our recommendations are underpinned by what we call the 5 C’s = Confidence, Competence, Communication, Clarity and Capability. We also believe certain steps could be taken to address the skills gap in India.

• Increasing the number of formal vocational education institutions – both offline and online (the mobile first world is the new normal)
• Building adequate skills training capacity at district level through public-private partnerships
• Ensuring industry-ready skills training, which is sometimes missing even in professional courses (practicality and relevancy based on vocations and income creation is vital)
• A laser focus on up-skilling aspirational (Ideators, also called Wantrepreneurs), early stage (Start-ups) and established entrepreneurs via virtual advice and mentoring – so it is reachable to anyone, anywhere, anytime!
• Managing the negative perception towards skilling by initiating campaigns to highlight case studies of people who benefited significantly from skill development. This would acts as a role model and guide for others.